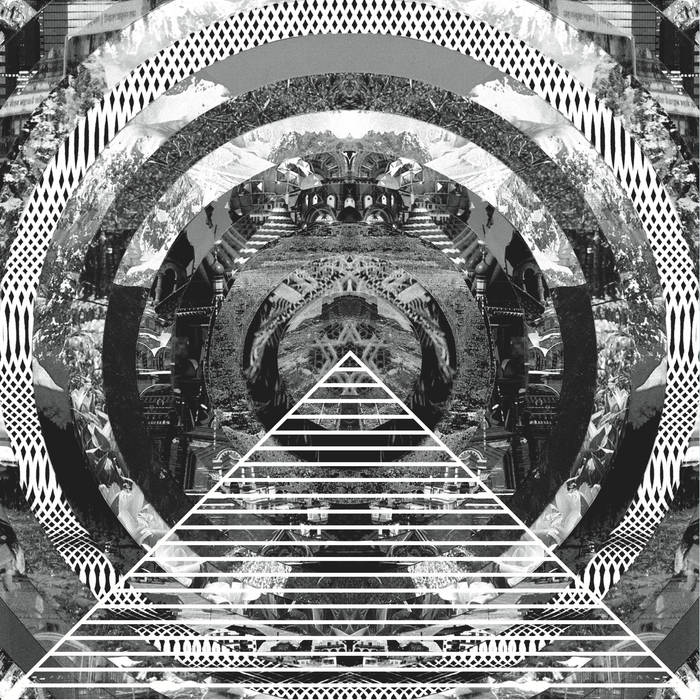 
RAIL CABLES - WINTER SELECTION is the first in a series of compilations featuring new music inspired by train travel.

Each release will feature 4 musicians. This way each musician gets 1 side of a 12" record to fill with their musical interpretation of travelling by train.

First up on this seasons selection:

SCANNER: We are immensely honoured to begin this series of compilations with a pioneer of electronic music. Robin Rimbaud AKA Scanner has been a prominent figure in the experimental music world for over 2 decades now. From his early controversial work using found mobile phone conversations, through to his focus on trawling the hidden noise of the modern metropolis as the symbol of the place where hidden meanings and missed contacts emerge, his restless explorations have won him international admiration from amongst others, Bjork, Aphex Twin and Stockhausen.

DRU$S: Paddy Shine from Salford based kraut-psyche rockers Gnod has been recently unleashing his lo-fi filthy chugs under his Dru$s moniker via Gnod's own Tesla Tapes imprint. After recently adding saxophone to his ever expanding sound pallet, this 15 minute composition sounds like Paddy attempting to make sense of the lost souls travelling in the dark from city to city. Paddy has said of his track:

"I tried to represent everything that could pass by on a train journey through the British countryside from pastoral settings, industrial landscapes, coastal waters and cityscapes whilst the whole time the mantra of the cables being the only constant."

RAN SLAVIN: Israeli multi-media artist Ran Slavin creates fractured compositions that stutter out the speakers in a mesmerising trance of high fidelity sounds. Ran's meticulous sound editing is maybe reminiscent of more experimental film makers than it is musicians. Imagine sitting watch a trains steam engine fire up and smoke bellow out the chimney as everything on the train starts to come alive only to completely un-naturally reverse in real time before your eyes. Imagine also that you are free from this trance and are free to panic but the whole world around you is set on a loop going forwards and then backwards......Ran Slavin would be the perfect person to soundtrack that nightmare.

GREG FOX: Drummer Greg Fox's resume is an impressive list of bands and projects that all have one thing in common: the drums and the rhythms created being just as expressive as the melodic instruments themselves. Greg has recently been experimenting with electronic music and has taken to this medium with aplomb. The textures that emanate from the speakers are tonally similar to that of a hang drum or even steel drums, but the electronic manipulation of these sounds create a much more atmospheric affair. Greg has said these compositions were inspired by listening to the sound of his own heart beat and Robbie Basho.

Artwork for this release by DR ME:
Since 2010 Manchester based Dr Me have been creating visually stunning graphic design for a range of clients including: Bleep.com , Young Turks, Creative Review and a number of bands. Their stop frame animation / visual collage for the track Nometo by Dutch Uncles is a feast for the eyes that represents their style perfectly. For Rail Cables they have created a tunnel inspired collage that features the train track screen printed onto the plastic over bag for the 12" gatefold version of the album. Printed onto reverse board, this is truly the way to enjoy this compilation.

Additional music on continuous mix sides A and B supplied by

Bandcamp Daily  your guide to the world of Bandcamp

Featuring Oakland sounds from the Smart Bomb collective and Samplelov.